AMAZING QUESTION AND ANSWER PERIOD
EVERYONE WILL LEARN FROM THIS!


WHAT IS BRAZILIAN JIU JITSU (BJJ)

Brazilian Jiu-Jitsu is a martial art and combat sport that focuses on grappling and ground fighting. It was derived from the Japanese martial art of Kodokan Judo in the early 20th century, which was itself then a recently-developed system (founded in 1882), based on multiple schools (or Ryu) of Japanese jujutsu.

Possibly the premier ground-fighting martial art. Made famous by Royce Gracie in the early UFCs in the mid-1990's, it specializes in submission grappling when both fighters are on the ground. Techniques include positional control (especially the "guard" position), and submissions such as chokes and arm locks.

WHO IS ROYCE GRACIE

Royce Gracie is a professional mixed martial arts fighter, a UFC Hall of Famer and Brazilian Jiu-Jitsu practitioner. He holds the most submission victories in UFC history with 11, which he earned between UFC 1 and UFC 4.


Gracie became a larger than life figure in the mixed martial arts world for his domination in the Ultimate Fighting Championship. He became famous for beating opponents much larger than him, and between 1993 and 1994, he was the tournament winner of UFC 1, UFC 2, UFC 4, and fought to a draw with Ken Shamrock in the championship match in the Superfight at UFC 5. [2] Gracie popularized Brazilian Jiu-Jitsu and revolutionized mixed martial arts with his results contributing to the movement towards grappling and cross-training in the sport.

His largest opponent yet was Sumo Grand Champion Akebono, 6' 8" 486lbs. Royce vs. Akebono was the main event of K-1 Premium Dynamite New Years Eve show on 12/31/2004. Royce defeated the giant in just 2min and 13sec with a shoulder lock. Royces success has opened the eyes of many disbelievers


to the importance of leverage and technique in grappling. In November of 2003, Royce Gracie was the first fighter to be inducted into the UFC Hall of Fame along with fellow UFC veteran Ken Shamrock. 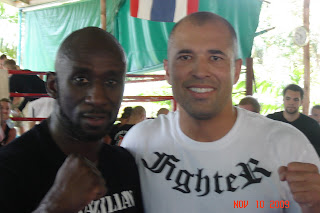 His list of students is enormous. Royce has taught many of the big screen greats like Chuck Norris, Ed O�Neal, Guy Ritchie and Nicholas Cage. He has also been very active with the CIA, FBI, DEA, Secret Service, Army Rangers, Army Special Forces, Navy Seals and many sheriff and police departments. 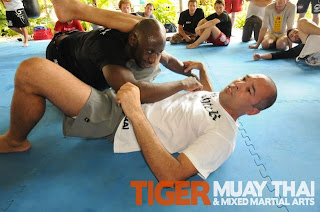 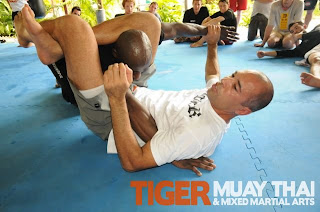 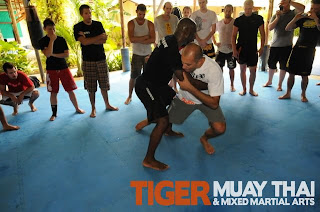 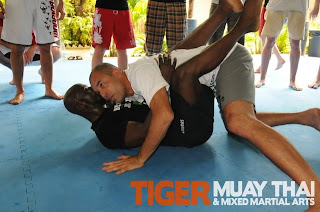 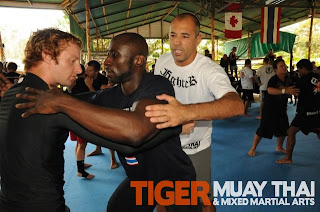 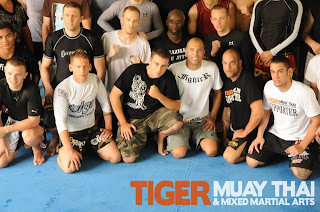 For Email Marketing you can trust

GET BLOG UPDATES TO YOUR EMAIL

YOUTH JUICE - GET HEALTHY AND SAVE MONEY

Are You In Or In The Way!

Treadmill Factory - Get All Your Fitness Needs

Yoga where you live, work & play.

Our health always seems much more valuable after we lose it.

The purpose of this blog is to share fitness tips, workouts, diet and nurition and supplement information. Consult with your physician prior to starting any exercise program.

Have a question? Get an Answer! Ask Funk and your question may be featured on the Monthly Mailbag. funkroberts@gmail.com